The 43-year-old five-weight world champion was joined by more than a dozen members of his entourage in downtown Los Angeles.

Americans were told to limit social gatherings to no more than 10 people in guidelines set out from the US Centers for Disease Control and Prevention.

But Mayweather and his pals chose to ignore government guidelines for their fun trip out.

And even though they seemed to try and keep their distance, not all of his party wore any type of protective face mask as they rolled through the streets. 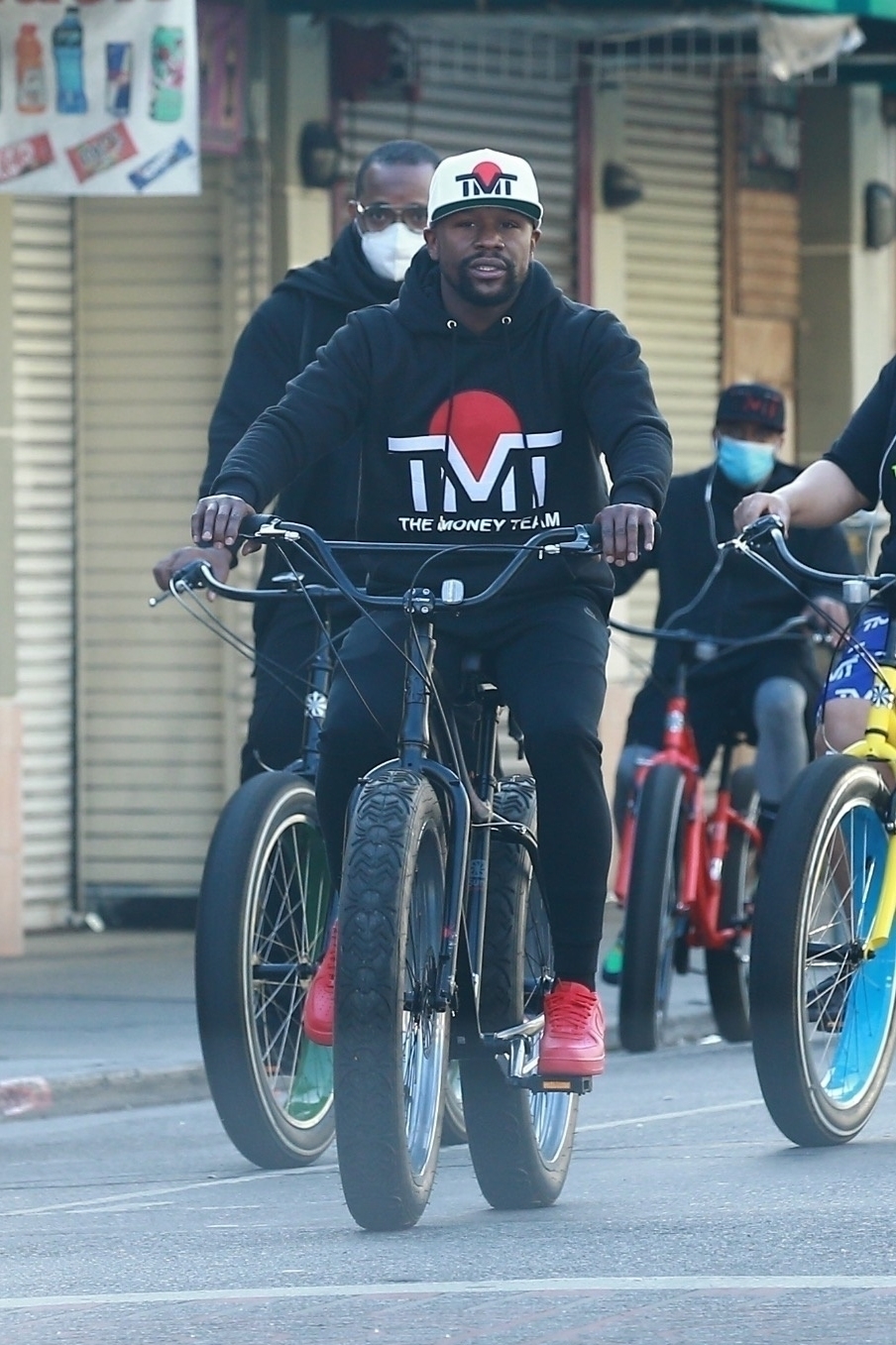 Mayweather was one of those who decided against it as he appeared to be getting awfully close to breaking the six-foot distance advice between people to try and stop the spread of the Covid-19 virus.

It is not the first time the TMT boys have gone out for a pedal, with TMZ Sports reporting they have also been seen earlier in the week.

Mayweather was taking a break from his usual exercise routine during lockdown. 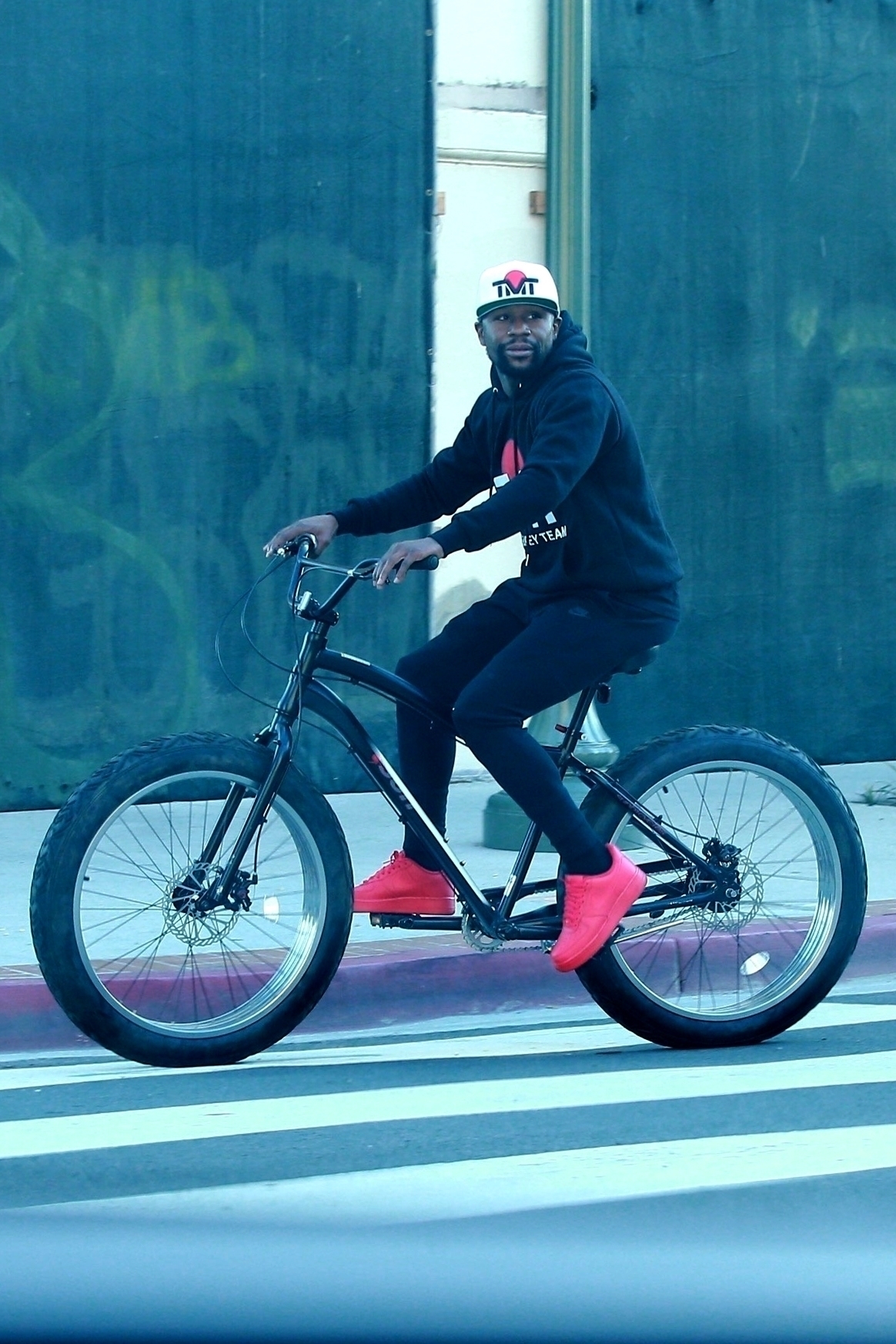 Earlier this month he shared several clips of him working out in the gym, sparking speculation he could be about to return to the ring.

The Money retired after making it 50 straight wins when he beat Conor McGregor back in 2017 – and earning over £200million in the process.

But rumours of a return to the sport that made him king have never gone away – and Mayweather has even teased a possible switch to UFC.