TYSON FURY landed in Manchester this morning as the newly-crowned WBC heavyweight champion of the world.

A heavy armed police presence escorted the Gypsy King through the airport after he flew in from Las Vegas.

Manchester Airport came to a standstill for Fury and his entourage, GALA’s Freed From Desire blaring out as he worked his way through the crowds.

The boxer’s wife Paris and brother Shane were in tow with the mother of Fury’s five kids even donning his new ‘The Ring’ title belt.

When emerging from the terminal, he cracked a smile and waved to the swathe of fans and photographers out to greet him. 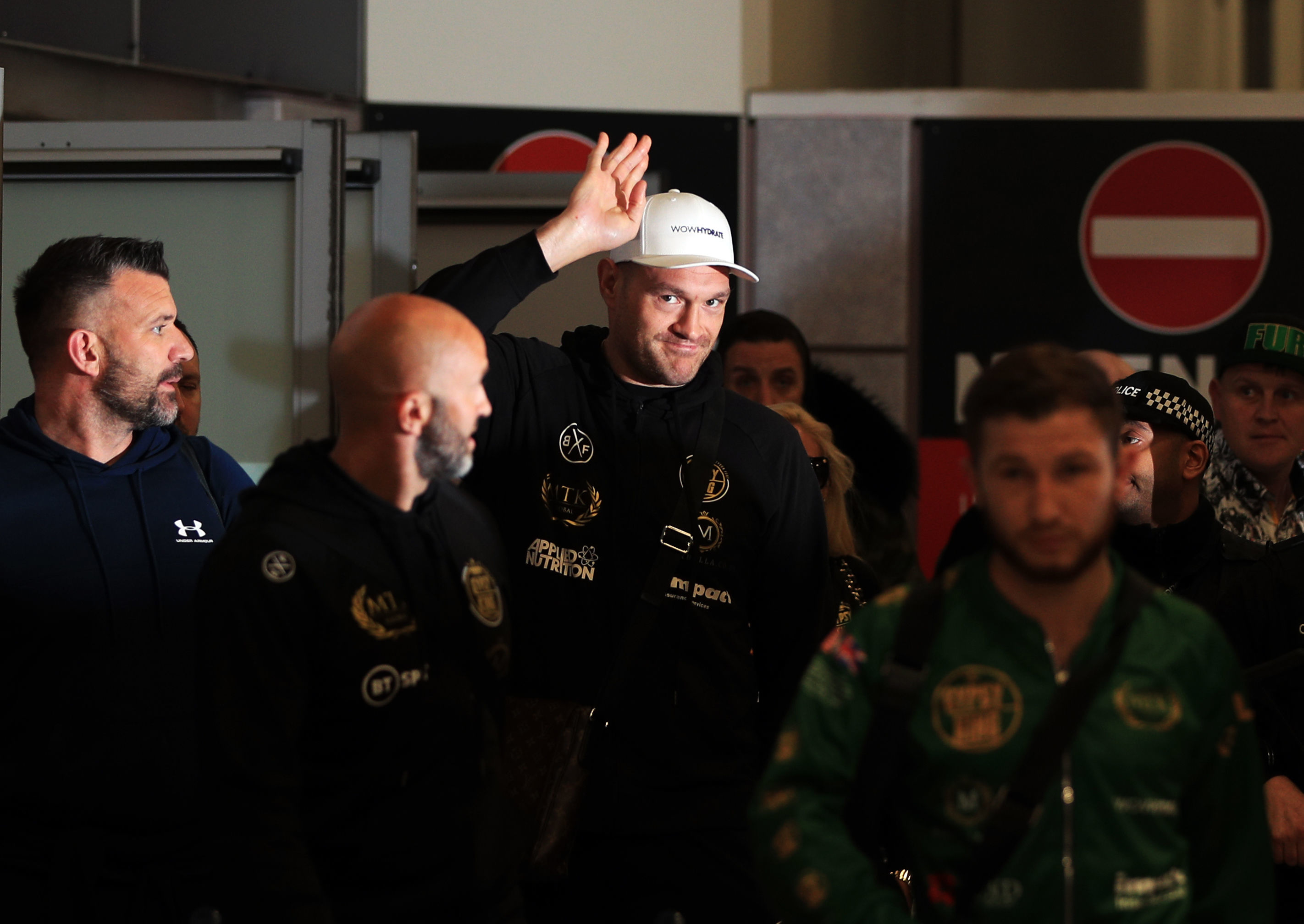 Fury had spent a couple of days celebrating and recovering from his dramatic technical knockout win over Deontay Wilder in the States. 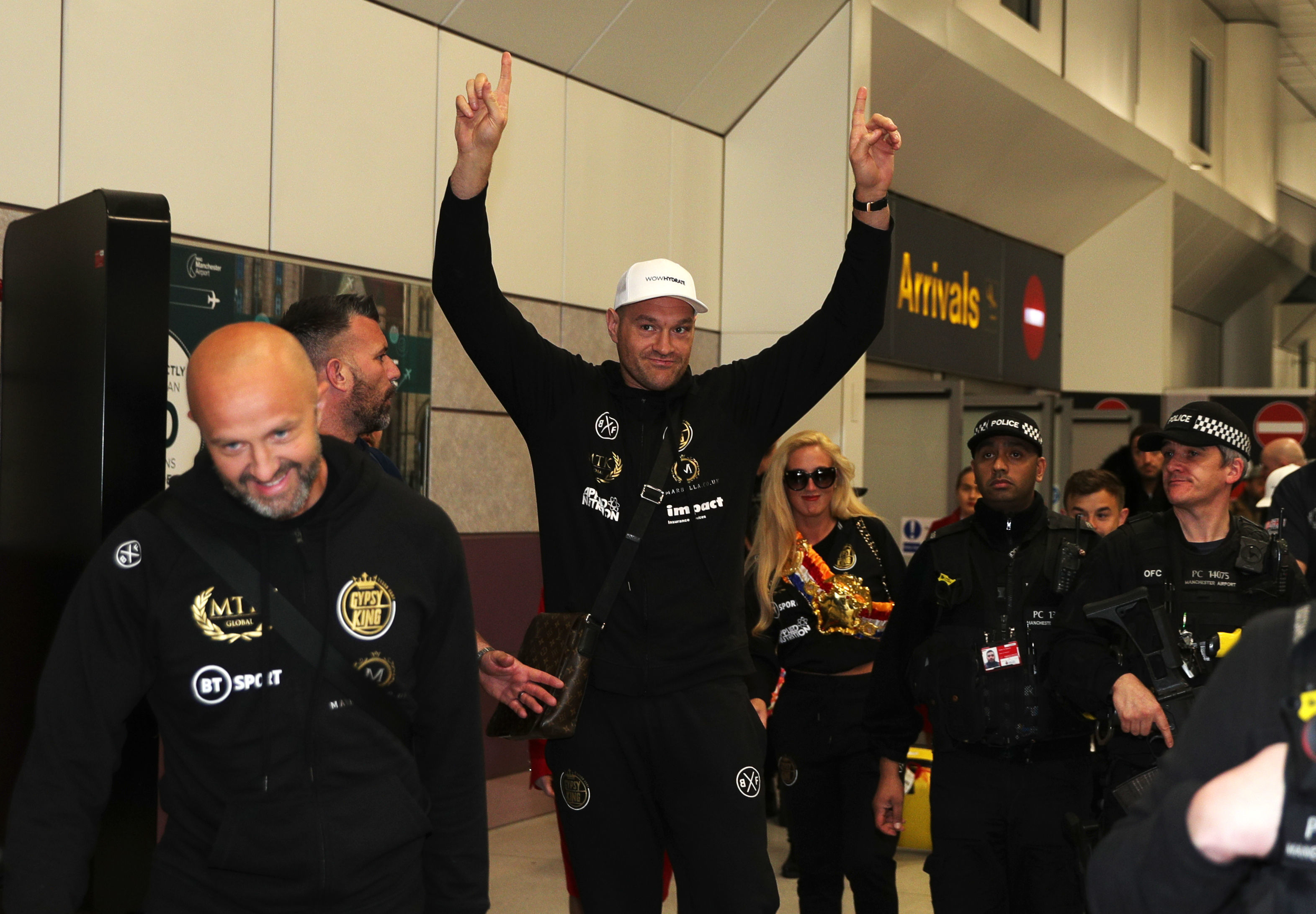 The Bronze Bomber was unbeaten going into the Sunday morning match-up but barely got going as the Brit dominated.

Inflicting a nasty looking cut on Wilder’s lip and even causing blood to drip from his opponent’s ear, Fury claimed the victory in the seventh round.