It’s come down to this: Argentina vs Brazil, Lionel Messi vs Neymar. Fans could not have asked for a better and bigger match in the summit clash of the Copa America as an older rivalry between the two most successful teams kicks off in Saturday’s final.

Brazil against Argentina is a true Clasico. Both teams first met in 1914 and since then they have established themselves as two of the most storied sides in the world of football. Together they have won seven World Cups. Brazil seeks its 10th South American title, while Argentina is going for its 15th, which would put it level with record winners Uruguay.

Messi-led Argentina are unbeaten in 19 games going into the showdown at the Maracana stadium, while Neymar’s Brazil, the hosts and reigning champions, have not lost since Argentina beat them in November 2019 friendly. 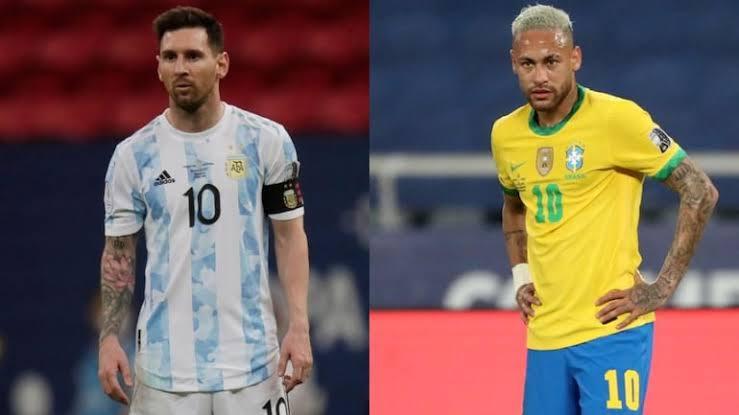 It is also another tournament where Argentina and more notably Messi – are seeking to end a long trophy drought. They have not won a major title since lifting the Copa America in 1993 and Messi has never won silverware with the national side.

Brazil are narrow favourites and not just because they are at home and have a slightly better record so far in the tournament. They also have a reputation for beating Argentina in crunch games.

The two sides have met four times in finals, three in the Copa America and one in the Confederations Cup – in 2005. Argentina beat Brazil in Copa America’s forerunner in 1937 but have not done so in a showpiece match since.

Brazil won in 2004 in the Copa America final in Peru and again in Venezuela in 2007, when they overran a fancied side that contained a young Messi in his first international final.

Brazil kicked off the group stage with 3-0 and 4-0 wins against Venezuela and Peru respectively. They also won the third group game against Colombia and drew the last group match against Ecuador. In the quarter-final, they beat Chile, and defeated Peru 1-0 in the semi-final.

Argentina shared points in its first match against Chile and then defeated Uruguay 1-0 in the second matchy. Third group stage match saw them beat Paraguay 1-0, while in the last group game they thrashed Bolivia 4-1. In the quarter-finals, they comfortably beat Ecuador 3-0. A penalty-shootout win over Colombia in the semi-final secured a spot in the final.

Brazil and Argentina will face off for the fifth time in a tournament final when they determine which team will carry the Copa America trophy out of the Maracana Stadium on Saturday. Brazil holds a 3-1 edge in their 84-year history of matches