The draw at an empty stadium in central Brazil marked the first time Brazil have not picked up a win since they lost 1-0 to Argentina in a friendly in November 2019. 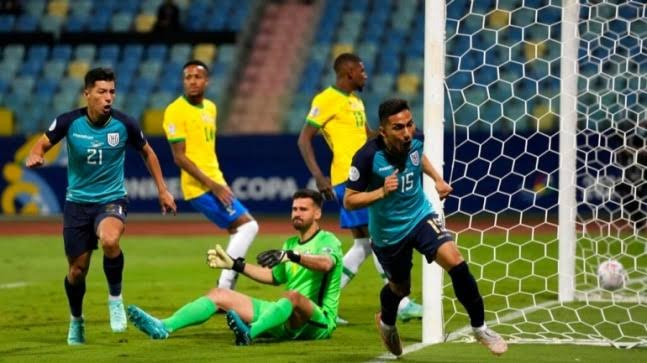 The draw moved Ecuador to fourth spot in Group B, eliminating Venezuela and likely setting up a quarterfinal match against Argentina.

Brazil had already secured top spot in the group before the match began, allowing coach Tite to continue testing his lineup with an eye on the 2022 World Cup in Qatar.

Lucas Paqueta was a bright presence in a team that missed Neymar’s creativity going forward but most of the replacements failed to impress even though Brazil went in 1-0 up at half time thanks to an accomplished header from defender Eder Militao.

It was not until Casemiro replaced Douglas Luiz after just an hour that Brazil regained their poise.

Nevertheless, neither side made many clear-cut chances and as a draw suited both teams the game petered out slightly.

Brazil’s next challenge will be either against Uruguay or Chile, the two teams which can finish fourth in Group A.

Ecuador coach Gustavo Alfaro feels certain his team will face Argentina in the next stage of the tournament, but adds the draw with Brazil gives him confidence.