Cristiano Ronaldo has reclaimed his prized No 7 jersey Once again following his return to Old Trafford, the Premier League club said on Thursday.

The 36-year-old Portuguese forward spent six seasons at United between 2003-09, winning eight major trophies, and rejoined them this week from Juventus on a two-year deal. 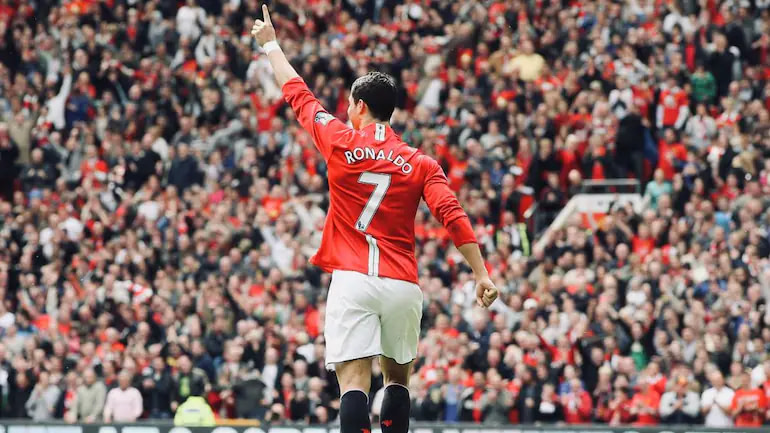 “Manchester United can confirm that Cristiano Ronaldo will wear the iconic no.7 shirt after returning to Old Trafford,” the club said on their website.

Ronaldo donned the number seven shirt during his first stint at the club, following in the footsteps of great United players including George Best, Bryan Robson, Eric Cantona and David Beckham.

It had been reported a club would needed special dispensation from the Premier League to process the switch following the start of the domestic campaign.

Edinson Cavani had been in possession of that number but United said the Uruguay striker has now been allocated No. 21, the same number he has with his national team.

Cavani wore No. 7 when he came on as a substitute in the 1-0 win over Wolverhampton on Sunday.”I wasn’t sure if it would be possible to have the number seven shirt again, so I would like to say a huge thank you to Edi for this incredible gesture,” Ronaldo said on United’s Twitter feed.

Ronaldo was released early from Portugal’s squad on Thursday, a day after becoming the highest-scoring player in the history of men’s international soccer by netting his 110th and 111th goals in a 2-1 win over Ireland in a World Cup qualifying match.

His early release from international duty should enable him to spend more time with his new United teammates ahead of his likely first match of his return, against Newcastle at Old Trafford on September 11.