Howard Junior School has renamed itself Harry Kane Junior School for the day in light of England’s success against Denmark in the semi-finals of Euro 2020.

England captain Harry Kane has earned the honour of having a school renamed after him following his heroic performances in England’s success in the Euro 2020 campaign. 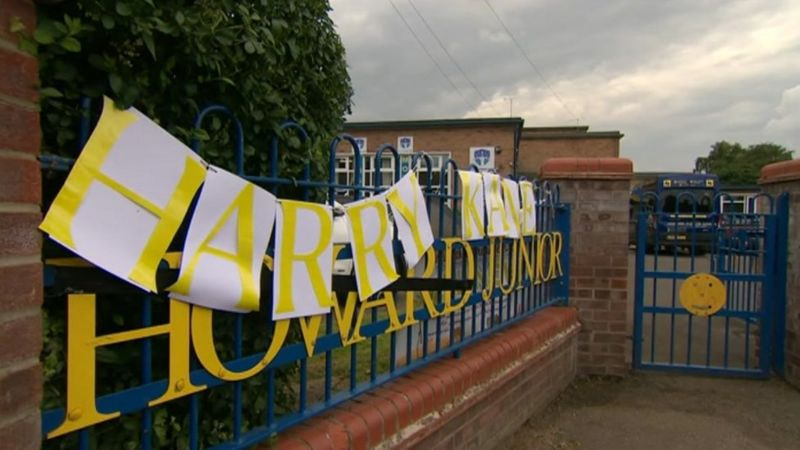 The school, which had thousands of views for its England-supporting social media, renamed itself Harry Kane Junior School for the day. 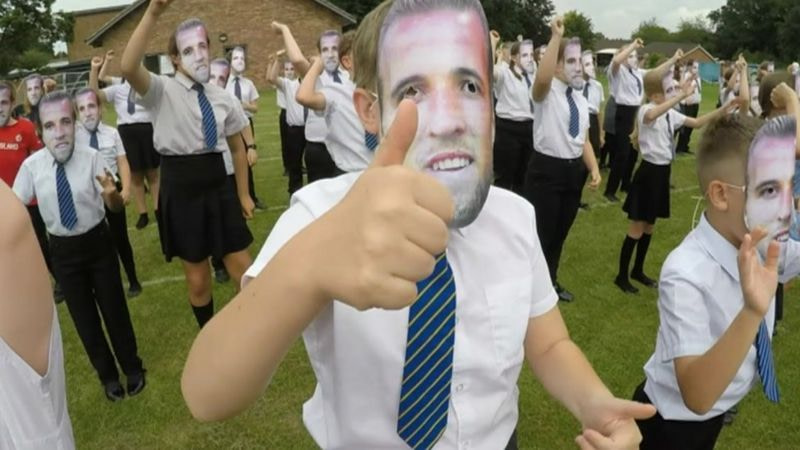 Pupils at what was known as Howard Junior School, in King’s Lynn, Norfolk, donned masks of the England captain to celebrate Wednesday’s semi-final win.

Earlier in Euro 2020, the school went viral earlier this month as a video of the children singing Three Lions was viewed more than 100,000 times on social media.

“The children are getting more and more excited,” he added.

“Unbelievable – what a game though,” said Kane.

“We dug deep and we got there when it mattered. We reacted really well – we’re in a final at home, what a feeling.”

It was of course a particularly special night for coach Gareth Southgate, whose penalty shoot-out miss sent England out of the semi-finals of Euro 96.

“We said to the players at some point we’re going to have to show resilience and come back from setbacks, and we did that tonight,” he said.

“The most pleasing thing is that we’ve given our fans and our nation a fantastic night and the journey carries on for another four days. We’ve said we want to create memories I’ve said to the young ones ‘it isn’t always like this.”

England are looking to win their first major trophy since the 1966 World Cup and play Italy in the final at Wembley on Sunday.