Croatia’s star winger Ivan Perisic has tested positive for the coronavirus and will miss the team’s game against Spain in the round of 16 of the European Championship.

Croatia says the rest of the squad and coaching staff tested negative.

Croatia, quarter-finalists in 1996 and 2008, play Spain at Copenhagen’s Parken Stadium on Monday as they look to reach the last eight for the third time. 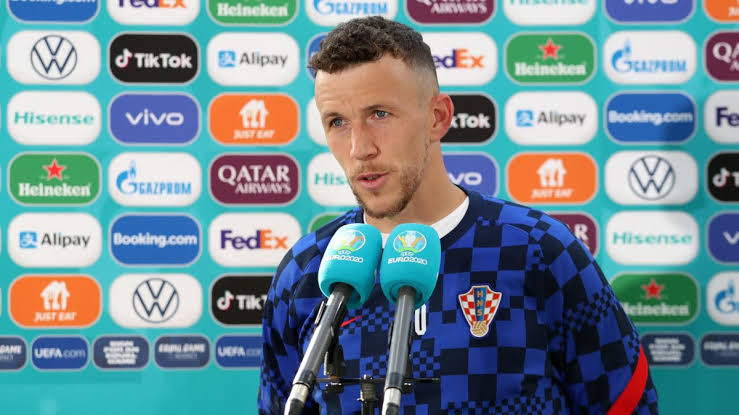 “Medical staff isolated Ivan from the other members of the national team and immediately and thoroughly informed competent epidemiological authorities about the situation,” Croatia said in a statement.

“Perisic will spend 10 days in self-isolation and during that period will not participate at the matches of the Croatian national team.”

All other players and staff tested negative, the team added.

The loss of Perisic is a major blow for World Cup runners-up Croatia as they look to get past a Spain team that hit its stride with a 5-0 win over Slovakia.

Perisic’s stunning second half equaliser against Czech Republic secured a 1-1 draw to save Croatia’s tournament during the group phase.

He also set up a goal and scored one himself late in the 3-1 win over Scotland on Tuesday to ensure Zlatko Dalic’s side reached the knockout phase.

Croatia will need the 2018 Ballon d’Or winner Modric at his best against Spain.

Spain were beaten 2-1 by Croatia in the Euro 2016 group stage and then hammered them 6-0 in the UEFA Nations League in 2018, only to lose 3-2 away from home two months later.

The 2018 World Cup runners-up Croatia will also be missing centre back Dejan Lovren through suspension, with Duje Caleta-Car set to take his place.