Patrik Schick and Tomas Holes scored once each as Czech Republic stunned a much-fancied Netherlands in their Round of 16 Match of Euro 2020 at the Puskas Stadium in Budapest on Sunday.

In the first major upset of the business end of the tournament, Jaroslav Silhavy’s men made full use of Matthijs De Ligt sending off in the second half to knock the wind out of the Dutch side. 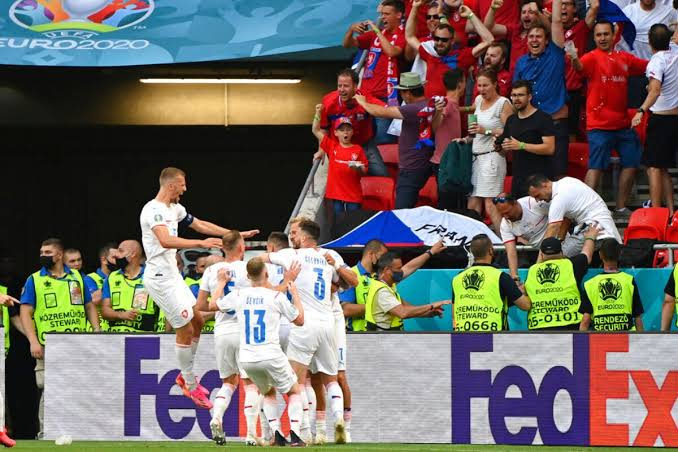 Not many expected the 2-0 scoreline, considering the way the Netherlands dominated the group stages with a perfect record on their return to a major tournament after missing the Euro 2016 and FIFA World Cup 2018 berths.

However, they were clearly the second-best side on the pitch on Sunday as Czech Rep.

it’s the first time in a major competition that the Dutch failed to record a single shot on target. On the other hand, Patrik Schick, who is fast becoming Euro’s most promising striker, became only the second Czech man after Milan Baros (5) at Euro 2004 to score more than 4 goals in a major tournament for their country.

The Czechs created better chances against their more fancied opponents in the frenzied atmosphere and booked a quarter-final meeting with Denmark in Baku on Saturday when Tomas Holes headed in at the back post in the 68th minute after Tomas Kalas had steered the ball into his path.

Holes then turned provider as he set up Schick for a second, the striker slotting the ball coolly past veteran Dutch goalkeeper Maarten Stekelenburg to continue his dream tournament.

The Dutch challenge was dealt a blow on 55 minutes when centre back Matthijs De Ligt received a red card for a handball just outside his own box. He was initially given a yellow card, but referee Sergei Karasev changed his mind after a Video Assistant Referee check.