Portugal’s title defence came to an end in the Round of 16 after they suffered 0-1 defeat to Belgium in a cagey affair at the La Cartuja Stadium in Seville, Spain on Sunday.

Cristiano Ronaldo’s Portugal looked the better side with more chances but Thorgan Hazard’s rocket first-half strike sent Belgium into the quarter-finals of Euro 2020. 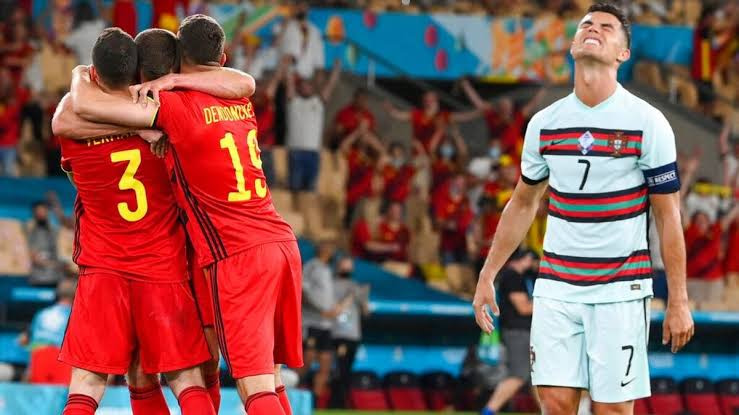 It was the end of Cristiano Ronaldo’s stunning run at Euro 2020. The Juventus star put aside speculation about his club future to come up with a superb show, netting 5 goals and going past Michel Platini’s scoring record at the Euros in his 5th and what could be the final appearance at the international continental tournament. 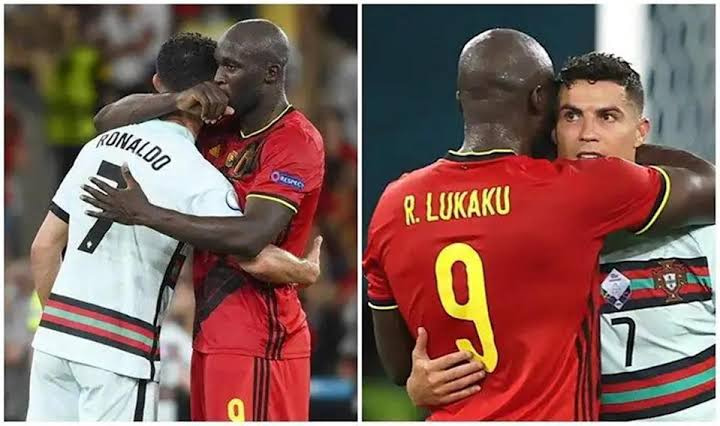 However, on Sunday, Cristiano Ronaldo was not able to trouble Thibaut Courtois who was made to work hard by Portugal. Portugal had 24 attempts, compared to Belgium’s 6. They had 5 shots on target but were not able to convert even one.

Diogo Jota had two chances on either side of the half-time but he was not able to convert it. Ruben Dias had the best opportunity to score the equaliser in the second half but he headed a Renato Sanches cross straight into Courtois. Raphael Gurreriro hit the woodwork as Portugal failed to seal a draw in normal time and take it to extra-time.

On the other hand, Belgium, who were wary of not exposing themselves, got the lead in the first-half with a stunning strike from Thorgan Hazard.

On the other hand, Belgium, who were wary of not exposing themselves, got the lead in the first-half with a stunning strike from Thorgan Hazard.