Euro 2020: England beat Denmark 2-1 in extra-time to set up final against Italy at Wembley - Ova Sports 24/7
Skip to content

England ended a 55-year wait on Thursday to make their way into the Euro 2020 final with a hard-fought 2-1 extra-time win over Denmark in the second semi-final at the Wembley Stadium in London.

England will now face Italy in their maiden European Championship final at the same venue on July 12.

Captains from both teams scored – one netted the winner while the other found the back of his own net, much to Denmark’s despair. 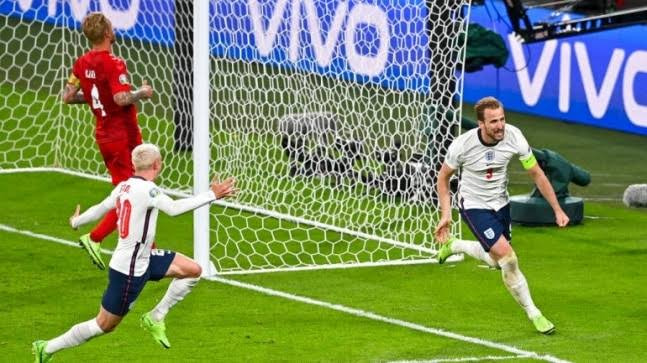 England and Denmark were level at 1-1 in normal time after the visitors took the lead through a superb free-kick from midfielder Mikkel Damsgaard in the 30th minute, but the hosts equalised when Simon Kjær scored an own-goal in the 40th while trying to stop a cross from Raheem Sterling.

There were no goals in the second half but both teams created plenty of chances. England defender Harry Maguire’s header was clawed away by goalkeeper Kasper Schmeichel in the 55th minute. A shot by Denmark forward Kasper Dolberg was saved in the 59th but the scores remained level. 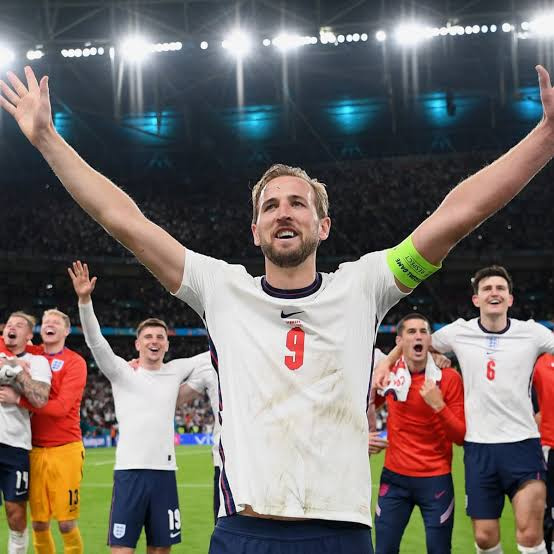 England’s most dependable player in this tournament, Raheem Sterling once again provided the decisive move for his side when he burst into the Danish box from the right flank and managed to earn a penalty for the Three Lions.

Captain Harry Kane stepped up in the 104th minute, his first effort saved by Denmark goalkeeper Kasper Schmeichel but he slotted the rebound to seal the deal and become England’s joint-highest scorer in major tournaments (Euro & World Cup), moving level with Gary Lineker on 10 goals.

England paid a touching tribute to Christian Eriksen on Wednesday night by presenting a signed jersey for the Denmark star who was ruled out of the Euro 2020 after suffering a cardiac arrest in his team’s opening game last month.

England captain Harry Kane gave the signed jersey with the No. 10 on it to his Denmark counterpart Simon Kjaer just before their semi-final kicked-off at the Wembley Stadium in London. Eriksen is currently recovering at his home in Copenhagen.