Spain will look ready to emulate their serial-winning predecessors when they take on Switzerland in Euro 2020 quarter-final as the two heavyweights of the European football – Belgium and Italy – will also battle it out for a place in the semi-finals. 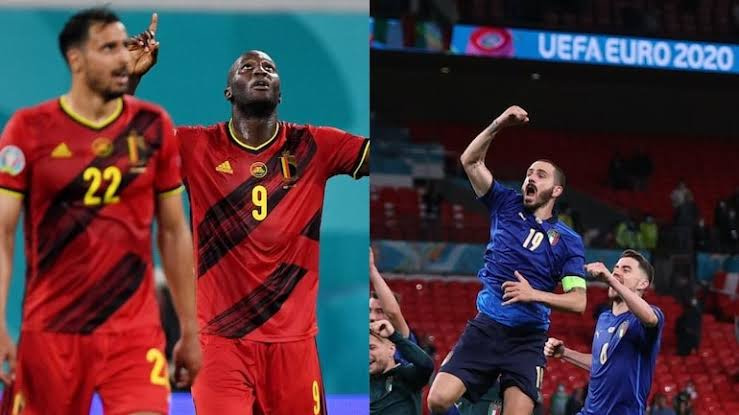 Spain vs Switzerland to kick off quarter-finals

Switzerland shocked France on penalties to secure their spot in the quarter-finals, while Spain beat Croatia 5-3 after extra time to progress to the final eight of this summer’s European Championship.

Yet even though the Swiss lack world stars like France’s Antoine Griezmann, Karim Benzema or Kylian Mbappe, Spain must be prepared for a long evening finding their way through Vladimir Petkovic’s disciplined side on Friday in St Petersburg.

After Spain’s frustrating opening draws with Sweden and Poland, coach Luis Enrique said that facing a side sitting deep and defending was “the hardest thing in football”

Switzerland hardly have the most resilient defense after conceding eight goals in four games but Petkovic, who has been using a 3-4-1-2 formation, is likely to set his side up to deprive Spain of space in the final third.

Battle of heavyweights: Belgium vs Italy

Belgium, which is trying to win its first major soccer tournament three years after a third-place finish at the World Cup, hasn’t lost in 13 games and is the top-ranked team in the world. The Italians haven’t been beaten in a national team record 31 matches, though they were taken to extra time by Austria in the round of 16.

Both teams won all three of their group matches, and with France, Portugal, the Netherlands and Germany all eliminated from Euro 2020, the winner in Munich will certainly be among the favorites for the title.