SIR Alex Ferguson looked sharp as he donned a face mask while filling up his motor at an M&S petrol station in Cheshire.

The Manchester United icon has made the most of lockdown by pumping weights and exercising every morning. 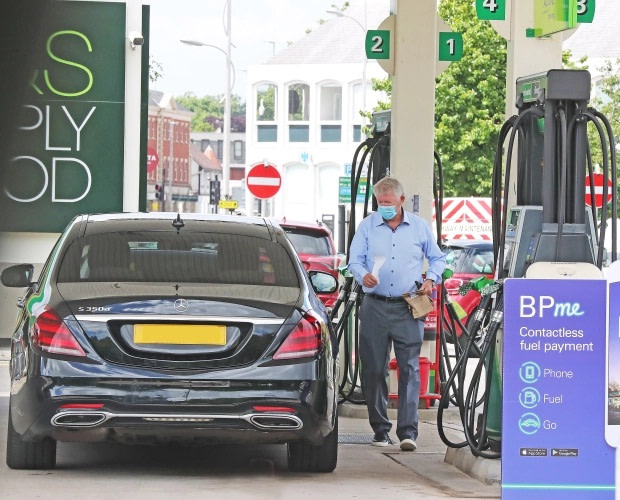 Fergie has been keeping fit during lockdown by pumping weights and exercising every morning.

The 78-year-old, who was in charge of United from 1986 until 2013, is fit as a fiddle, Fergie wore a face mask while filling up his luxury Mercedes-Benz, as the country continues to recover from the coronavirus crisis.

And the Old Trafford icon, 78, even picked up a cheeky snack from the M&S garage after stopping by.

The Scot had to be extra cautious as the killer virus swept across the nation due to undergoing an emergency brain operation after suffering from a seizure at his home in Wilmslow in 2018.

But the United hero is back fighting fit- and recently praised the NHS for getting the recognition they deserve just two years after they saved his life.

His wife has even had to “nail his feet down” during lockdown as he has been pumping iron and working out while stuck indoors due to the coronavirus pandemic.

He said: “I speak to him almost every day and he is on a total lockdown at the moment.

“I think his Mrs has had to nail his feet down!

“He is in good form, he is doing his exercises every morning.

“He has got his dumbbells out, he is on his rowing machine, his walking machine, so yeah he is doing well.”